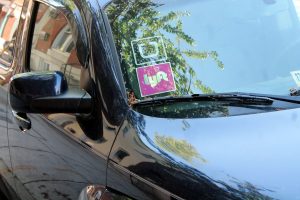 The State of California has fired another shot in their ongoing battle with Uber and Lyft over the classification of their drivers as independent contractors instead of employees. On May 5, 2020, California’s Attorney General and the city attorneys for San Francisco, Los Angeles, and San Diego, filed a lawsuit in San Francisco Superior Court alleging that Uber and Lyft have intentionally misclassified their respective drivers. If Uber and Lyft classified their drivers as employees, they would be protected by California’s wage and hour laws (i.e.., minimum wage, overtime, meal periods and rest breaks, etc.), workplace safety laws, and retaliation laws. The State’s lawsuit comes in the wake of the California Supreme Court’s ruling in Dynamex Operations W., Inc. v. Superior Court, 4 Cal.5th 903 (2018), rehg. denied (June 20, 2018) (“Dynamex”) and the passage of Assembly Bill 5, which took effect on January 1, 2020; Assem. Bill No. 5 (2019-2020 Reg. Sess.) (“A.B. 5”).

A.B. 5 codified the “ABC test” from Dynamex, imposing a strict standard for classifying a worker as an independent contractor into the California Labor Code. A worker is only considered an independent contractor if the hiring party can establish all of the following: (A) the worker is free from the control and direction of the hiring entity in connection with the performance of the work, both under the contract for the performance of the work and in fact; (B) the worker performs work that is outside the usual course of the hiring entity’s business; and (C) the worker is customarily engaged in an independently established trade, occupation, or business of the same nature as the work performed. Lab. Code, § 2750.3(a)(1); see Dynamex, 4 Cal.5th at 957. Some classic examples of using true independent contractors include hiring a plumber to fix pipes at a restaurant or enlisting a graphic designer to create a company logo. Importantly, the employer bears the burden of rebutting the presumption that a worker is an employee.

Prior to A.B. 5 taking effect, a number of industries and businesses lobbied for exemptions from the bill’s requirements. The lobbying led to a number of exceptions to the ABC test. For example, if certain professional services are provided by a graphic designer or a grant writer, or other worker exempt from A.B. 5, the determination of whether the worker is an employee or independent contractor is determined through a different test. The California Legislature did not include an exemption from A.B. 5 for rideshare drivers, meaning that whether they are classified as employees or independent contractors turns on the ABC test.

Earlier this year, Uber and Lyft failed in an attempt to get a federal court to prevent enforcement of A.B. 5. This leads us to the current lawsuit, where the State of California and several California cities are seeking to stop Uber and Lyft from classifying workers as independent contractors, for judgments to restore money to a person who was harmed by being misclassified, and to impose penalties for violating A.B. 5. The State argues the drivers are controlled by Uber and Lyft, respectively, perform work in the usual course of those companies’ businesses, and the drivers are not established in their own trade or profession. In response, Uber and Lyft argue that they are technology companies, and therefore, the work drivers do is not in the usual course of their business.

An interesting aspect of the lawsuit is that the State of California is seeking penalties starting from May 5, 2016. This points to one open question from Dyanmex and A.B. 5 is whether the ABC test applies retroactively. In 2019, the 9th Circuit ruled that Dynamex ought to be applied retroactively. See generally, Vazquez v. Jan-Pro Franchising International, Inc. 923 F. 3d 575 (9th Cir. 2019). California’s Supreme Court has taken up that question to issue a definitive ruling, but given the current pandemic, it is unclear when we can expect an answer.

By claiming damages back to 2016, the State of California is taking the position that Dynamex and A.B. 5 should be given retroactive effect. A.B. 5 stops short of expressly stating that it is applied retroactively, but includes language that it is declaratory of existing law in some circumstances. Labor Code 2750.3(i). We can expect that the coming months and years cases like the State of California’s against Uber and Lyft will provide more guidance on how to apply and interpret A.B. 5, but at this point, the uncertainty remains. Employers should also note that the California Legislature is considering several pending pieces of legislation aimed at providing additional exemptions to A.B. 5.

Remember the “Right to Control” Test

Employers should keep in mind, simply because a worker is exempt from A.B. 5 does not mean they are automatically considered an independent contractor. When A.B. 5 does not apply because of an exemption and there is a contention as to the workers classification, California courts will apply the common-law standard from S.G. Borello & Sons, Inc. v. Dep’t of Indus. Relations (1989), 48 Cal. 3d 341, known as the “right to control” or “Borello test,” to determine if the worker is an independent contractor or employee. The Borello test is primarily concerned with whether the person to whom service is rendered has the right to control the manner and means of accomplishing the result desired. Borello directs the courts to look more than a dozen secondary factors to determine whether the individual is an employee or an independent contractor. Such factors include the length of time services are performed, if the worker hires their own employees, who provides the tools and place of work, and even considers if the parties believe an employment relationship was created. A business that controls and directs the services of individuals eligible to be classified as independent contractors could nonetheless be considered their employer. An exemption from A.B. 5 does NOT automatically mean the worker is an independent contractor under all circumstances.

What Can Employers Do to Avoid Liability?

The takeaway for employers is that classifying a worker as an independent contractor is more difficult and dangerous than ever. The State of California may be emboldened to seek penalties when using independent contractors looks like an abuse of the system. Plaintiffs’ attorneys have an easier task to prove that workers ought to have been classified as employees in order to seek damages in individual, representative, and class actions. If currently using independent contractors in your business, now is a good time to make sure that those workers meet the requirements imposed by A.B. 5. If the worker is exempt from A.B. 5, your business must ensure not to exercise a level of control that creates an employment relationship. Unless the worker is providing goods or services markedly different from your lines of business and you assert no control over the worker, a thorough analysis should be conducted to determine how to the worker should be classified. Using independent contractors may seem like a way to secure some cost savings in the short-term, but if not done correctly, it will expose your business to significant long-term liability.

Nicholas Grether is an employment attorney in the Employment Law Department at The Maloney Firm, APC. If you have questions regarding this alert, contact Nicholas Grether at ngrether@maloneyfirm.com.