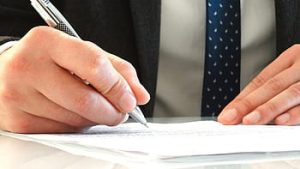 In late April, the California Court of Appeal published three decisions bearing on the calculation of legal fees to be awarded to a prevailing party and paid by a losing party. Two of those decisions, Reynolds v. Ford Motor Company, 2020 WL 1921742 and Mikhaeilpoor v. BMW of North America, LLC, 2020 WL 1973877, arose from lemon law matters. The third decision, Caldera v. Department of Corrections and Rehabilitation, 2020 WL 21099751, arose from an employment matter. In Reynolds, published April 21, 2020, the Court awarded prevailing counsel 98% of the claimed hourly fees, plus a multiplier of 1.2. On the other hand, in Mikhaeilpoor, published April 24, 2020, prevailing counsel saw his requested fees slashed by the trial court. Finally, in Caldera, published April 30, 2020, the Court provided insight on setting the hourly rate when clients retain attorneys from outside their local area. Together these decisions highlight the factors that courts view as relevant when considering a fee request, and, when read carefully in context of prior precedent, provide guidance on what to do and what not to do when seeking prevailing party attorney’s fees.

In Reynolds, Ford Motor Company challenged the requested fees by asserting that, because Reynold’s counsel was on a contingent fee agreement, counsel should not be entitled to both a contingent fee and a statutory fee. While noting that in some instances an attorney may run afoul of ethical rules by collecting both a contingent and an award of statutory fees, the Court nonetheless affirmed the trial court’s holding that the prevailing party need not disclose in a fee application its financial arrangements with counsel. Rather, because the relevant provision of the Song Beverly Act provides that a prevailing party is entitled to recover “attorney’s fees based on actual time expended, determined by the court to have been reasonably incurred,” the analysis focuses on what the losing party must pay, not what the prevailing party is obligated to pay his lawyer.

The rationale employed in Reynolds echoes the holding of Nemecek & Cole v. Horn, 208 Cal. App. 4th 641 (2012), where the Court of Appeal held that the lawyer’s fee arrangement with his or her client is not determinative of the fees to be paid by the losing party. There, the Court was tasked with setting the amount of reasonable attorney’s fees to award Nemecek & Cole. Nemecek & Cole requested legal fees using an hourly rate of $419.93, calculated using a schedule of market rates compiled and published by the Department of Justice known as the Laffey Matrix. Horn, by contrast, argued that the fees should be calculated using an hourly rate of $100 to$215—the rates Horn’s expert believed Nemecek & Cole’s insurance carrier paid for the defense. The Court ultimately affirmed the trial court’s decision to use reasonable market rates to set the fee award, rather than the much lower rate counsel had allegedly agreed to accept from its client’s insurance company.

Mikhaeilpoor involved a requested fee the trial court found to be excessive. Counsel sought nearly $350,000 in fees, comprised of hourly fees of $226,426 and additional fees with respect to work on the fee motion, and claimed he should be awarded a multiplier of 1.5. The Court awarded $95,900—just over 25% of the fees Mikhaeilpoor’s counsel had requested.

The trial court had good reason to award only a fraction of the fees requested. Ten attorneys had worked on the plaintiff’s case. The court noted instances of multiple attorneys billing for tasks requiring only one lawyer and found that counsel had billed large amounts of time for tasks that recycled existing form documents. The trial court did not accept the plaintiff’s claim that the suit was complicated. Instead, the trial court found the billings submitted in support of the fee application demonstrated the matter was not efficiently managed and did not describe the services provided with clarity. The court noted that an allegedly experienced attorney had worked over 240 hours on the matter, yet still required the assistance of nine other attorneys.

The decision in Mikaeilpoor also reflected that fee motion papers can undercut the claimed fee. The trial court seized on the testimony of Payam Shahian, the senior attorney at plaintiff’s counsel’s firm, who said he only becomes involved in matters involving “complex legal issues.” Since Mr. Shahian did not bill any time to the case, the court drew the natural inference that the suit was not complex and thus warranted neither a large hourly fee nor a fee enhancement in the form of a multiplier. Similarly, the trial court noted that the hourly rate sought for attorney Christine Haw, who did much of the work on the case, was above the hourly rates charged by equally or more experienced attorneys. Thus, the court reduced the rate awarded for Ms. Haw’s services.

Rather than setting the legal fees by a line-by-line audit of the legal fee invoices it found deficient, the trial court reverse-engineered the time the matter should have required. It calculated the reasonable amount of time a reasonably experienced attorney would have required to do the tasks plaintiff’s counsel claimed to have performed, i.e., 225 hours. The Court of Appeal rejected Mikaeilpoor’s argument the trial court had acted arbitrarily by failing to perform a line-by-line analysis of the claimed fees and improperly engaged in an across-the-board reduction in the claimed fees. The Court of Appeal noted that across-the-board cuts are permissible when the trial court provides a “concise but clear” explanation of the reasons for using a given percentage reduction. More significantly, the Court of Appeal found the trial court had not engaged in an across-the-board reduction, but rather had determined the amount of time it should have taken to perform the work claimed to have been done.

Mikaeilpoor’s unsuccessful challenges to the trial court’s approach to setting a reasonable fee harken back to an earlier decision concerning fee awards, Christian Research Institute v. Alnor, 165 Cal. App. 4th 1315 (2008). There, the Court of Appeal also warned that “[a]n attorney’s chief asset in submitting a fee request is his or her credibility, and where vague, block-billed time entries inflated with noncompensable hours destroy an attorney’s credibility with the trial court, we have no power on appeal to restore it.” Id. at 1326. The Court also noted that attorneys who “submit a plethora of noncompensable, vague, block-billed attorney time entries” should not “expect particularized, individual deletions as the only consequence.” Mikaeilpoor’s request for fees undercut his counsel’s credibility, and that showed in the resulting ruling.

Caldera involved an employment law plaintiff who could not find a local attorney to take his case, so he hired counsel from out-of-town. Following a successful resolution of the matter, Caldera sought an award of attorney’s fees. To calculate the fee award, the trial court declined to use counsel’s regular hourly rate in his home market, and instead used hourly rates commonly charged in the local market. The trial court also declined to award a fee multiplier, holding it had awarded legal fees by using an hourly rate at the high end of attorney’s fees in the local market. The Court of Appeal reversed, holding that when a plaintiff cannot find a local attorney, any resulting fee award should be calculated with regard to the rates in counsel’s home market. It also instructed the trial court to use a fee multiplier to calculate any enhancement to the fee award, rather than adjusting the hourly rate.

Reynolds, Mikaeilpoor, and Caldera demonstrate that parties who anticipate seeking an award of legal fees upon the successful conclusion of a matter should lay the groundwork for their eventual fee application from the outset. Efforts to retain counsel should be documented, particularly where local lawyers declined to accept the matter. Staffing should be carefully managed. Duplication of effort should be avoided. Efficiencies should be sought and exploited. And when it is time to prepare the fee application, care should be taken to present a cogent, consistent fee application, which does not itself inadvertently destroy counsel’s credibility. Counsel who take these precautions likely will receive not only the bulk or all of the fees claimed, but also benefit from a fee multiplier as well. Conversely, lawyers who do not handle their cases with care and pay attention to detail are likely to see both a reduction to the claimed hourly fees and the denial of any multiplier.

Patrick Maloney is the founder of The Maloney Firm, APC. Mr. Maloney represents parties in matters between lawyers and clients, including legal fee disputes, legal malpractice actions, and claims of breach of fiduciary duty. Mr. Maloney may be reached at pmaloney@maloneyfirm.com.