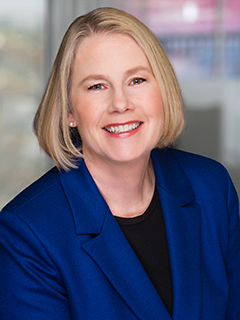 When employment disputes cannot be prevented or resolved, Ms. Von Eschen does not hesitate to litigate her clients’ matters before administrative bodies and courts. Formerly a partner with Latham & Watkins LLP, she has more than twenty-five years of commercial litigation experience. In employment matters, her expertise extends to individual discrimination and wrongful termination cases, as well as systemic discrimination and wage and hour class actions. She has conducted successful trials in both the California federal and state courts, and argued (and won) appellate victories before the California and Ninth Circuit Courts of Appeal.

In 2018, Ms. Von Eschen was named to the Daily Journal’s list of Top Women Lawyers and has been recognized as a Super Lawyer on the Southern California Super Lawyers List.

She graduated from New York University School of Law and earned her Bachelor of Arts in English with honors from the College of William and Mary.

Ms. Von Eschen resides in the South Bay with her husband and children, where she gives back to the community with volunteer service on boards such as the Peninsula Education Foundation, National Charity League and PressFriends, Inc.