By Patrick Maloney and Sam Fogas, The Maloney Firm, APC 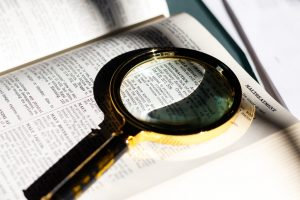 Absent extenuating circumstances, the one-year statute of limitations for legal malpractice actions begins to run at the time the client suffers harm and either discovers or through reasonable diligence should have discovered facts concerning the attorney’s neglect. But in a recently published decision, the California Court of Appeal seems to hold that the statute of limitations may in some circumstances run even before the client has suffered any appreciable out of pocket loss.

The Statute of Limitations Clock Starts Before the Harm

In October 2019, the California Court of Appeal muddied when the statute of limitations begins to run when the Court published Sharon v. Porter (2019) 41 Cal.App.5th 1. Elise Sharon (“Sharon”) had been awarded a default judgment in the amount of $17,846.55—despite her attorney Peter Porter’s (“Porter”) failure to plead monetary damages in the Complaint. Compounding the problem, the judgment debtor never paid the default judgment amount.

Porter immediately moved for summary judgment on the grounds that the period to bring a legal malpractice claim had lapsed. The trial court disagreed, and Porter appealed. In reversing the trial court, the Court of Appeal held that the client had suffered actual harm sufficient to start the statute of limitations when the void judgment was entered, not when it was vacated. Thus, because over one year had passed since Sharon became aware that the judgment was likely void (i.e., through her attorney’s communications with Porter), and because Sharon failed to file a legal malpractice claim within a year of those communications, Sharon’s suit was time-barred by the statute of limitations.

About the Authors: Patrick Maloney and Sam Fogas

Important
This site makes use of cookies which may contain tracking information about visitors. By continuing to browse this site you agree to our use of cookies.